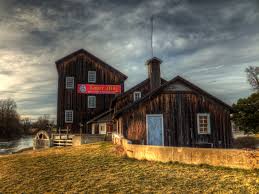 I
Every day it is the same.
He comes home.
He tells her about it.
As he speaks, his breath condenses in front of his face.
She goes about her business;
every now and then she looks over.
She doesn’t hear his voice.
She sees the soft fog that continues to form a halo.
She knows he is still talking about that place.
He never tires of it like she does.
Only on summer days when the air is hot
and moisture is still a long time in coming,
she asks him to tell her about that place.
She sits facing him.
Waiting for the first vocalic, non-stops,
the push of air from his lips.
He tells her of the place where clouds are formed.
The cool dampness of his voice is rich.
Even on a dry June day
her face beads with wetness
as he talks directly to her.
Each aspirated sound a gentle burst of coolness.
“Tell me again, tell me again,” she teases.
If he knew she only wanted relief from the heat
and not the story, he would stop talking.
He begins, “The first time I saw the place
where clouds are formed was from
the window of a train . . .”
Another time was in a mirage
in the heat outside Tucson.
Once he thought he saw it
in the dry light of stars.
The place he remembers best
was when he saw it in the eyes
of a woman he spoke to.
When he first noticed it,
she hid it by lowering her gaze.
Soon she let him look freely.
There were times when she opened her eyes
wide, allowing an unobscured view.
Sometimes he saw her eyes smolder
with dryness on a summer day.
Other times she was rich with moisture.
Clouds came in succession.
The earth’s shadows muted.
“You know the forty days
and forty nights?
I was there.
I’ll be there when it happens again,”
she said with a slight smile.
Like a child, he rushed to look
into her eyes at every opportunity.
If he could, he would hang on her eye socket,
peering inside,
marveling at her displays.

Laughter is the medicine of the soul and I believe in staying heavily medicated.